In the China companies manufacturing aluminium circles, Haomei has strong strength and rich experience on producing aluminum discs DC and CC. The aluminium circles produced by Haomei have the grade with 1050, 1060, 1070, 1100, 3003 and 5052. The thickness is 0.4-5mm, the diameter is 20-1200mm. We have more than 20 years’ experience on exporting aluminum circles product to African, Asia and European countries. 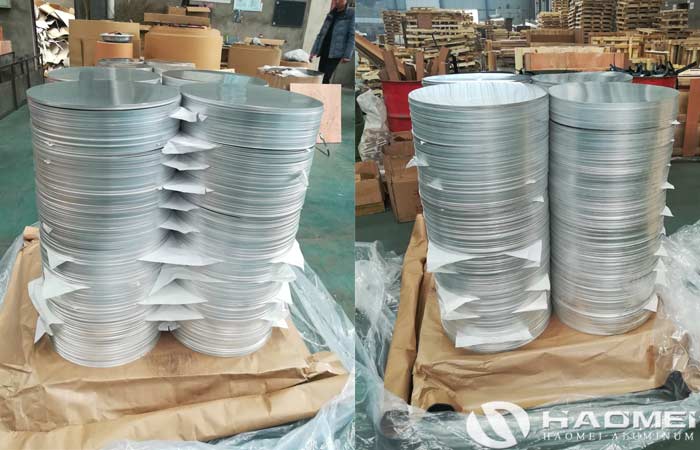 The aluminium circles production line comprises the following steps: first step: smelting; second step: casting and rolling; third step: cold rolling; fourth step: annealing; fifth step: punching into round aluminum sheet; sixth step: packaging, characterized in that: in the second step, the height fluctuation range of the front tank aluminum circle level is controlled at ±0.5 mm, and the front box temperature is 690-710°C depending on the alloy. The gap between the casting nozzle and the lower casting roll is controlled at 0. 1-0. 2mm; in the third step, cold rolling is performed by cold rolling mill 1-4 times, and the compression ratio of aluminum cold rolling is 40%-90%. In the fourth step, when annealing is used, the temperature rise temperature is 50?-C higher than the annealing temperature.

About the Author: Nydia